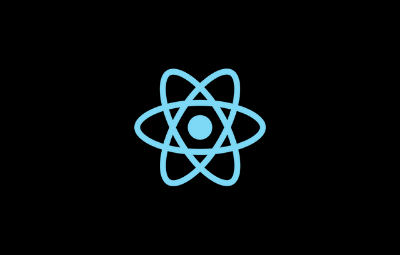 Are you getting ready for your ideal job as a React developer and need some advice? Or do you want to change careers and become a React developer? Wouldn't it be nice to know what questions your potential employer will ask you during your React interview? We'll go over the top React Interview Questions and Answers in this post so that you can get an idea of the questions that can be asked from you in an interview and it’s always good to be prepared.

There can be a lot of questions on ReactJS but we will only focus on the most frequently asked questions of 2021, so that you stay updated and prepare all of the relevant topics in advance to pass a React interview. Let’s start, shall we?

1) How React Works? How does Virtual DOM work in React?

Let us illustrate this with an example.

Assume one of your friends uploaded a photo to Instagram. You go ahead and like the image, and then you start reading the comments. While scrolling through the comments, you notice that the likes count has increased by 100 because you liked the picture, even without reloading the page. Reactjs is responsible for the magical count change.

React is a JavaScript library for creating user interfaces that is declarative, efficient, and flexible. It's the letter 'V' in MVC. ReactJS is an open-source, component-based front-end library that is only responsible for the application's view layer.

React employs a declarative paradigm that facilitates reasoning about your application and strives to be both efficient and flexible. It creates simple views for each state of your application, and when your data changes, react will efficiently update and render the appropriate component. The declarative view improves the predictability and debuggability of your code.

A React application is made up of several components, each of which is in charge of rendering a small, reusable piece of HTML. Components can be nested within other components to create complex applications from simple building blocks. A component may also keep an internal state – for example, a TabList component may keep a variable that corresponds to the currently open tab.

React uses this comparison to determine which UI components need to be updated. This is known as diffing. The diffing algorithm is the algorithm that is used in the diffing process.

React replaces the original DOM nodes with the updated DOM nodes once it determines which components have been updated.

JavaScript XML is abbreviated as JSX. We can write HTML in React thanks to JSX. SX simplifies the creation and addition of HTML in React.

3) What is ReactDOM, and what is the Difference Between ReactDOM and React?

ReactDOM is a package that provides DOM-specific methods that can be used at the top level of a web app to enable efficient management of web page DOM elements. ReactDOM provides developers with an API that includes the methods listed below as well as a few others.

React: React is a free and open-source JS library. to create a UI (User Interface) for a web application or website It has a complete component base.

React DOM: React DOM serves as a bridge between React and the DOM. When you want to display your react component on the DOM, use ReactDOM.render(); from React Dom.

React Dom was a component of ReactJs prior to v0.14. Because of the arrival of React Native, React and ReactDOM were split into two libraries. React includes features found in web and mobile apps. Only web apps make use of ReactDOM functionality.

4) Difference Between a Class Component and a Functional Component?

Class Component: This is the foundation of most modern ReactJS web apps. These are straightforward classes (made up of multiple functions that add functionality to the application).

5) What is the Difference Between State and Props?

React is a free and open-source JavaScript library that provides a visual representation of the JavaScript architecture for traditional MVC. React promises programmers a model in which substrates cannot directly influence enclosing components—data is downstream, HTML data changes are efficiently modified, and the DOM is abstracted to improve performance using Virtual DOM.

How can we access data from the previous component if data is only flowing from component to component? Props are the answer. React employs data transmission props, which we must transfer to various components.

The distinction is in which component the data is owned. The component owns the state and updates it locally. A parent owns the props and has read-only access to them. Only if an upstream shift is caused by a callback function passed on to the child can props be changed.

In the role of a parent, a prop can be passed on to the child. They both apply to the same value, but only the parent variable can update it.

6) What is the Higher-Order Component?

Higher Order Components are a more sophisticated method of reusing component code. They are not considered part of the React API and are a pattern formed from React's compositional nature. HOCs are functions that take one component and return another. HOCs are pure components in the sense that they can accept any dynamically given child component, but they do not copy or modify the behaviour of their input components.

Despite its popularity with React, it can also be utilised with other JavaScript frameworks or libraries.

create-react-app is the official CLI (Command Line Interface) for React that allows you to build React apps without having to set up a build environment.

Webpack and Babel do not need to be installed or configured. They're already set up and hidden so we can concentrate on the coding. We can easily install it like we would any other node module. The React project can then be started with one command.

It comes with everything we'll need to make a React app, including support for React, JSX, ES6, and the Flow syntax.

9) What is Redux Thunk used for?

Thunk is a logical concept in programming that refers to a function that is primarily used to postpone the calculation or evaluation of any operation.

While calling through the action creators, Redux Thunk acts as a middleware, returning a function rather than an object. Once the asynchronous actions have been completed, the returned function receives the dispatch method from the store and uses it to dispatch synchronously inside the body of the function.

10) What is prop drilling in React?

Prop drilling is the process in a React app by which props are passed from one part of a tree to another by passing them through other parts that do not require the data but only aid in its passage through the tree.

Hooks are a new feature that was introduced in React 16.8. It enables you to use state and other React features without having to create a class. Hooks are functions that allow function components to "hook into" React state and lifecycle features. It does not work in classrooms.

Hooks are backward-compatible, which means there are no breaking changes. It also does not replace your understanding of React concepts.

Learn from the experts

Get to learn end-to-end web application development solutions with our top-of-the-line technology experts. We will prepare you for interviews and make sure that you get placed in your dream tech company.

All the very Best! How to crack a job interview at TCS